A Brief History of Our School 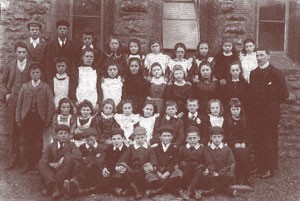 The oldest of our school buildings was opened as the village school on Easter Monday in 1856, although a school had existed in the village for many years before that (probably from the 1730s). What we call "the new building" was opened in July 1966, the same month England won the football World Cup.

In July 1967 our swimming pool was opened but sadly had to close in 2016 for a variety of reasons.  We had a new modular classroom built next to the main school in 2016 replacing the ancient 54 year old timber framed classroom.

In 2007, members of the PTA built an outdoor classroom for the school and this is a very popular place when the weather is good.

In Summer 2011, the new library was built off of the main hall with a quiet reflection/storytelling area added to the external orchard area.

In 2016, the spiritual garden was designed and built using a legacy given to the school from a former Headteacher of the area.