Lots of our pupils won Headteacher's certificates for their learning in class and out this month. We were particularly interested to hear about children's out of school achievements and have been encouraging them to tell us all about them. Some of their achievemets were: Thomas appearing in the Crufts television programme; Jemima breaking a record for the youngest child completing a distance in front crawl and Ruby who finished first in the Waltz and seventh in the Cha Cha in her dancing competition! 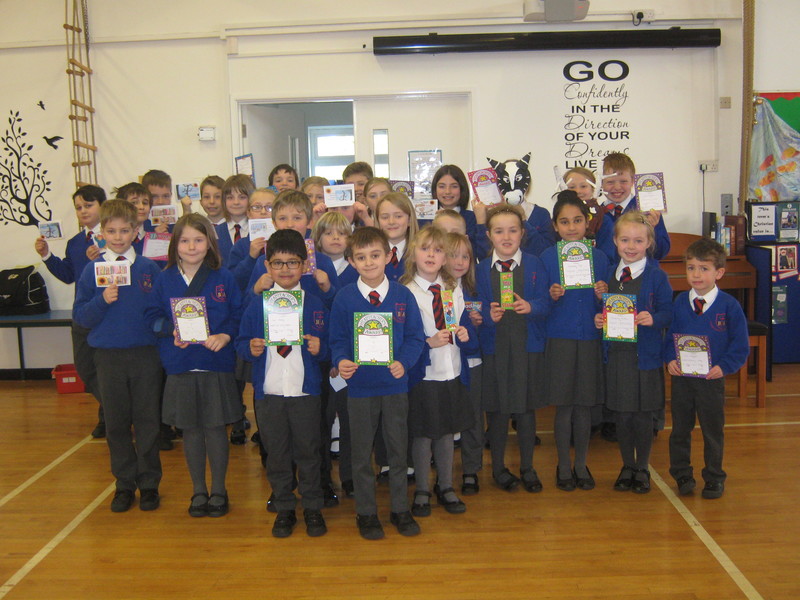