Teaching is generally in mixed-age classes with year groups varying in size. Arrangements are flexible, however, to maintain optimum class sizes and some year groups may be taught on their own as a small class. 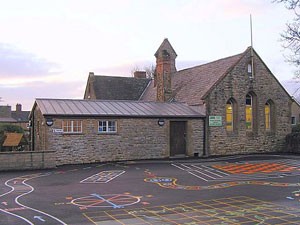 The newer part of our school which was built in 1966, houses two Key Stage 1 classrooms (Reception, Years 1 & 2), a large, well-equipped sports hall, a  library, school and Head's office, staff room and food technology area. The other classes (Years 3, 4,  5 and 6) are split between the older part of the school, the original Victorian school building which has two classrooms and toilets. We also have an additional modular building housing a classroom and  an intervention room - this is used for additional teaching space and intervention groups as well as meetings.

Each classroom has access to outside space which is used      regularly.

Each classroom has an interactive white board or display, a visualiser and computers, which are linked to the school network and the internet. The school has invested in a bank of google chrome pads and ipads that are used wirelessly around the site.

The classes were renamed by the School council in June 2013 to give each base an identity and a link to the village. From September 2013, the classes are: Reception/Year1: Churchwell; Year 1/2: Underdown Hollow; Year 3/4: Five Bridges; Year 4/5: Great Western and Year 6: Silverlake. 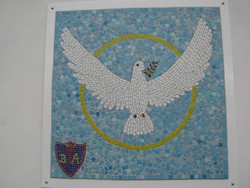 Outside there are both grass and hard play areas, a KS1 covered activity area, a spritual garden, wild garden and a vegetable garden. On site we also have an outside classroom maintained by the PTA. A short distance from our school there is also a large sports field, which is used for sports and environmental education.